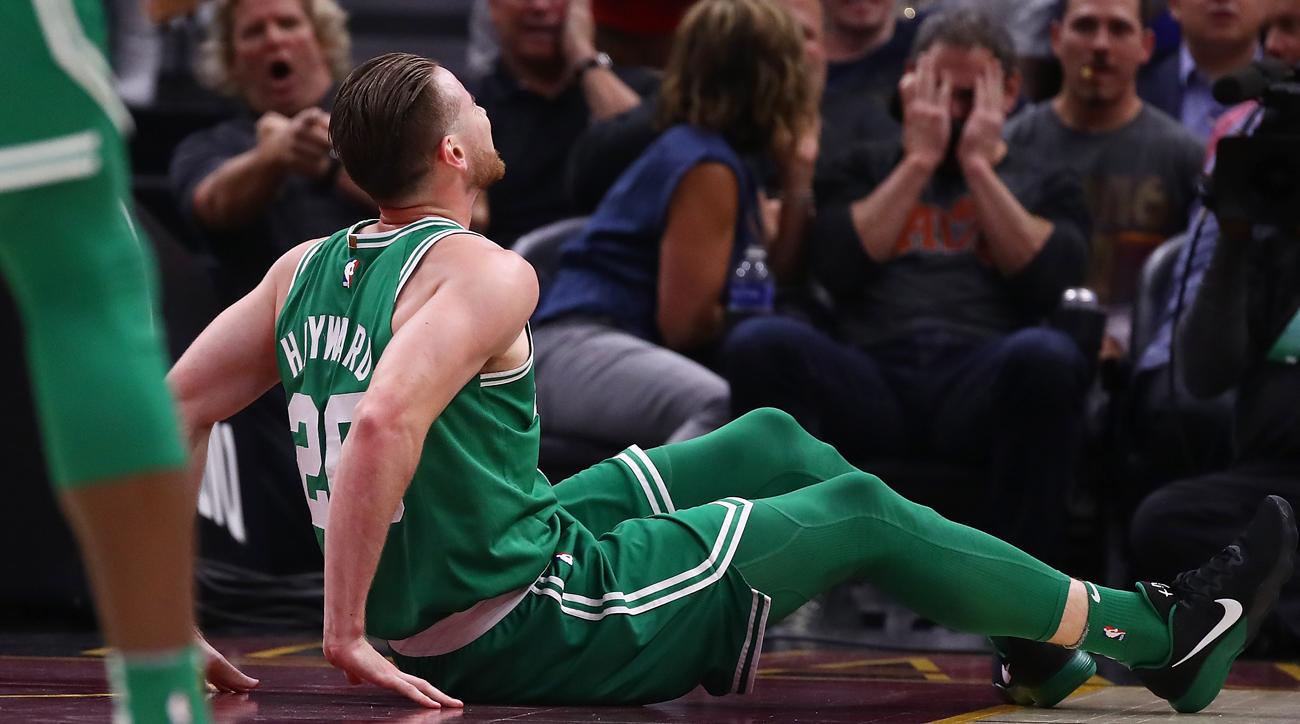 This was the most intrigued and excited I had been to see what the Boston Celtics looked like in ten years, when Ray Allen and Kevin Garnett first joined up with Paul Pierce in Boston. The trades Danny Ainge made in the summer of 2007 made the Celtics a legitimate title contender for the first time since Ainge himself was still playing for them, but questions swirled about how good they would be right away, and if this newly constructed veteran roster would be good enough to pass the familiar and experience Detroit Pistons, and the defending Eastern Conference champion Cleveland Cavaliers, led by some kid from Akron named LeBron James.

Those Celtics were good enough, it turned out. They won 67 games in the regular season. Ainge was the NBA’s Executive of the Year. Garnett was the NBA’s Defensive Player of the Year, named to the All-NBA First Team and All-Defensive First Team. Paul Pierce was named to the All-NBA Third Team. It took them seven games to defeat the Atlanta Hawks, and seven games to defeat the Cleveland LeBrons, but disposed of the Pistons in six games in the Eastern Conference Finals, and ran the Los Angeles Lakers of the TD Banknorth Garden court by a score of 131-92 in the title-clinching sixth games of the 2008 NBA Finals. Paul Pierce was the Finals MVP.

This summer, Ainge once again radically transformed Boston’s roster, and with Kyrie Irving and Gordon Hayward joining forces with Al Horford, Marcus Smart, and recent lottery picks Jaylen Brown and Jayson Tatum, the Celtics added put an unknown ceiling on their already high expectations. But in the first quarter of the first game, the 2017-18 Celtics went from being compared to the 2007-08 Celtics to the 2008 New England Patriots.

After the Patriots lost Super Bowl XLII to the New York Giants, their prospects still looked good for their 2008 revenge season. They had a great team, and a relatively easy schedule in a relatively flat NFL, and they had as good a chance as anyone to get back to the big game, and win it this time. Then Tom Brady got hurt, and everyone had to readjust their expectations.

Bernard Pollard’s hit on Brady’s knee was where my mind immediately went when Gordon Hayward broke his ankle in the season opener in Cleveland last week. For this year, questions of the Celtics being good enough to knock off the Cavs, or if they could hang with the Warriors (or the Spurs, or the Rockets, or the Thunder, but it’s really hard to not expect Golden State in the Finals until someone beats them) must be put on the back-burner. Can the Hayward-less Celtics beat the Washington Wizards team that took them seven games last spring? Or the Milwaukee Bucks? Or the Miami Heat? If they meet the Cavs, are they any closer than they were a year ago? Even if this team outplays their expectations, as the Patriots did when they went 11-5 with Matt Cassel as their starting QB, will it even matter?

The Celtics are currently 4-2 after dropping the first two games in the immediate shock of the Hayward injury. They beat up on the lowly New York Knicks and the young and raw Philadelphia 76ers, but also beat two real teams in the Bucks and Heat. While Hayward was supposed to be Boston’s best two-way player, they still have Kyrie, they still have Horford, they still have Brad Stevens’ coaching, and they have gotten good performances out of Brown and Tatum. While the team is still competitive and their kids have the chance to play in more meaningful games than the exciting players in Philly, Phoenix, and Los Angeles, I will not be able to shake what might have been all season.

The Celtics are currently 4-2, but I cannot help but think they could be 6-0 to start the season. Even without Hayward, they hung in against the Cavs. I have been so impressed with Jayson Tatum, playing his first NBA games and stepping up in a big way for a team that needs him much sooner than anyone thought. If they can get through this season with the young guys developing they way they might, it could be great for the franchise. But at the same time, it further delays the chemistry of their highly compensated veterans.

Boston’s New Big Three from a decade ago were the exception. When great players team up, from LeBron, Dwyane Wade, and Chris Bosh on the Heat (which came together over the course of a season) to Kobe Bryant, Dwight Howard, and Steve Nash on the Lakers (which fell apart before they could come together) to Russell Westbrook, Paul George, and Carmelo Anthony on the Thunder (which remains to be seen), there is a learning curve and there are growing pains before roles are defined, egos are set aside, and the super team develops a winning rhythm. While Irving and Horford are learning how to coexist, the full potential of this roster is still not known, and when Hayward comes back, they will be a season behind in the learning curve and the growing pains.

The Celtics remain in a more enviable position for the years to come than nearly every team outside of the Warriors, Spurs, and Thunder, but this year of adjusted expectations will leave basketball fans wondering a little longer.