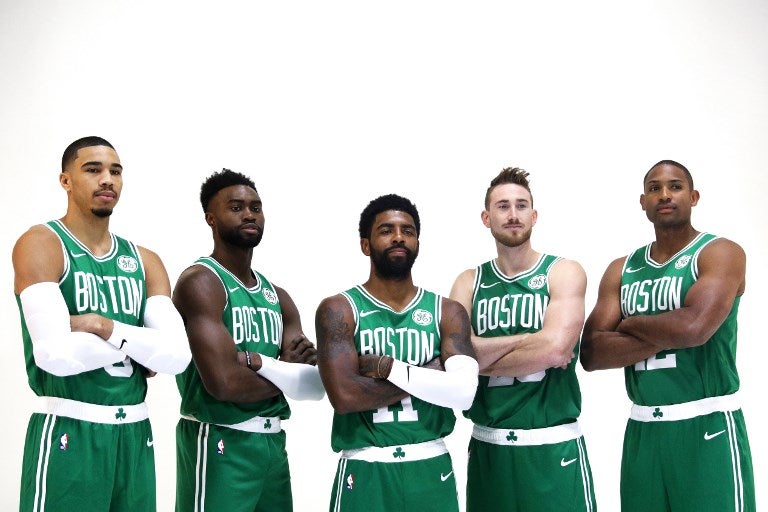 Ever since his days at Butler University, Brad Stevens has been the master of squeezing the most out of his roster’s potential. In the NCAA Tournament, the deeper they got the bigger underdogs the Bulldogs were, reaching back-to-back National Championship Games, losing to blue blood programs Duke and UConn.

In his first year coaching the Celtics, the team competed every night, which frustrated a section of the fanbase who wanted them to tank for better draft position. Aside from Joel Embiid–who has played a season and a half in the four years since being drafted by the Philadelphia 76ers–they could not have done much better with a higher pick than what they ended up getting with the #6 pick in Marcus Smart. He turned Jordan Crawford into a trade chip, and had players like Rajon Rondo and Isaiah Thomas playing so well that Danny Ainge was able to get more for them in trades than he normally could have. Last year was the first season where the Celtics were expected to compete at the highest level for the first time since Paul Pierce and Kevin Garnett were on the roster, but those expectations were much more muted after the first quarter of the first game.

The Celtics made big splashed in the summer of 2017, first by signing former Utah Jazz and Butler forward in free agency, a year to the day after missing out on the Kevin Durant sweepstakes. Later in the summer, the Celtics traded Isaiah Thomas and Jae Crowder to their biggest Eastern Conference rival, and got Kyrie Irving in return. The Cleveland Cavaliers ended up trading Thomas to the Los Angeles Lakers and Crowder to the Jazz, while Kyrie is still on the Celtics, so it is fair to say the Celtics won the trade even if they still could not beat the Cavs in the playoffs. The fact that they were even in it after all that happened still amazes me.

In the first quarter of the first game, Gordon Hayward broke his leg and would miss the rest of the season. Kyrie and Al Horford continued on as usual, and the young recent lottery picks Jaylen Brown and Jayson Tatum stepped up in a big way, and the Celtics just kept winning. They lost Kyrie to a knee injury, and the Celtics just kept winning. It took seven games to eliminate the talented Milwaukee Bucks, then made short work of the surging Sixers. Even without their two best players, it took seven games for LeBron to defeat the frisky and fearless Celtics. Now the Celitcs have Hayward and Irving back healthy, and LeBron has departed to the Western Conference. This is an unusual position for a Brad Stevens team to hold.

This compared to the previous two, the summer of 2018 was a quiet one for the Celtics. The re-signed restricted free agent Marcus Smart, and drafted Robert Williams out of Texas A&M with the 27th overall pick. Danny Ainge’s biggest additions were his big additions from 2017, provided they can stay healthy. The only issue is that with higher expectations come higher levels of anxiety among fans when things are not going well.

This Celtics team, if healthy, should be a championship contender. They were one even when they were shorthanded. But fans should not expect the white hot start the team had last year. There will likely be growing pains as players who had to shoulder more responsibility–particularly Brown, Tatum, and Terry Rozier–adjust to different roles with the roster back at full strength. This is absolutely a good problem to have, and Stevens is the right coach to manage that kind of challenge, but it might not come together right away. How often do the Patriots stumble in September? And how often are the rolling come December and January (I know they are 1-2 now, and the last two losses were legitimately demoralizing, but like the San Antonio Spurs, it’s hard to to write off the Patriots until they are bad for an entire season)? The Celtics will be able to weather any storms that come their way because of the uncertainty of the rest of the East.

LeBron took his talents to Los Angeles. The Sixers spent their summer without a GM, finally hiring Elton Brand last week. The Toronto Raptors shook things up by trading for Kawhi Leonard. The Milwaukee Bucks hope Mike Budenholzer is the coach who can unlock the potential in Giannis Antetokoumpo and Co. that Jason Kidd could not. For all I know, Jimmy Butler could get traded to an Eastern Conference team right after I hit “Publish.” There are more questions than answers in the East, but of all the hopeful contenders, the Celtics seem like the most sure thing.

A lot can and will happen, but if nothing else, Brad Stevens will get the most out of the players available to him. That’s just what he does.