A year ago, the Oklahoma City Thunder were reeling from the loss of Kevin Durant. Russell Westbrook turned his feelings of anger and betrayal into an MVP season, and the Thunder won 48 games without KD. As great was Russ was in his revenge tour, the Thunder were only good enough for a first round exit at the hands of the Houston Rockets when the playoffs started, and the narrative quickly shifted, to “will Westbrook leave, too?” After trades for Paul George and Carmelo Anthony this summer, that is no longer a question.

This week, Westbrook signed a five year, $205 million contract extension to stay in Oklahoma City through 2023. There is still no guarantee the Thunder will be able to keep George or Anthony in the long run, but their presence in the short run proved to Westbrook that the franchise is committed to competing, and that was enough to keep him around. I have been critical of Thunder general manager Sam Presti in the past, but what he did this summer was very impressive, and is changing the way I think about his handling of James Harden and Kevin Durant.

One of the major critical sticking points of Presti’s tenure was trading James Harden to the Houston Rockets when they did. The Thunder were a young and exciting team coming off a trip to the 2012 NBA Finals. They lost to the LeBron James-Dwyane Wade-Chris Bosh Miami Heat, but showed themselves to be a team on the rise that could potentially dominate the rest of the decade. Then Presti traded Harden to the Rockets.

In Houston, Harden became a starter, a franchise player, and a perennial MVP candidate on par with KD and Russ. Meanwhile in OKC, the combination of bad injury luck, the rise of the Golden State Warriors, and the resurgence of the San Antonio Spurs kept the Thunder out of the Finals in the years that followed. Right before Durant’s free agency, the Thunder blew a 3-1 series lead in the Western Conference Finals, paving the way for KD’s exit. Fans and media personalities alike were right to question if the Thunder had done enough to keep KD. They could have been more aggressive in improving the roster post-Harden Trade, and a small market like Oklahoma City needed to be the best possible basketball situation if they wanted to keep their stars. This time around, Presti threw caution to the wind, learning from his earlier mistakes. 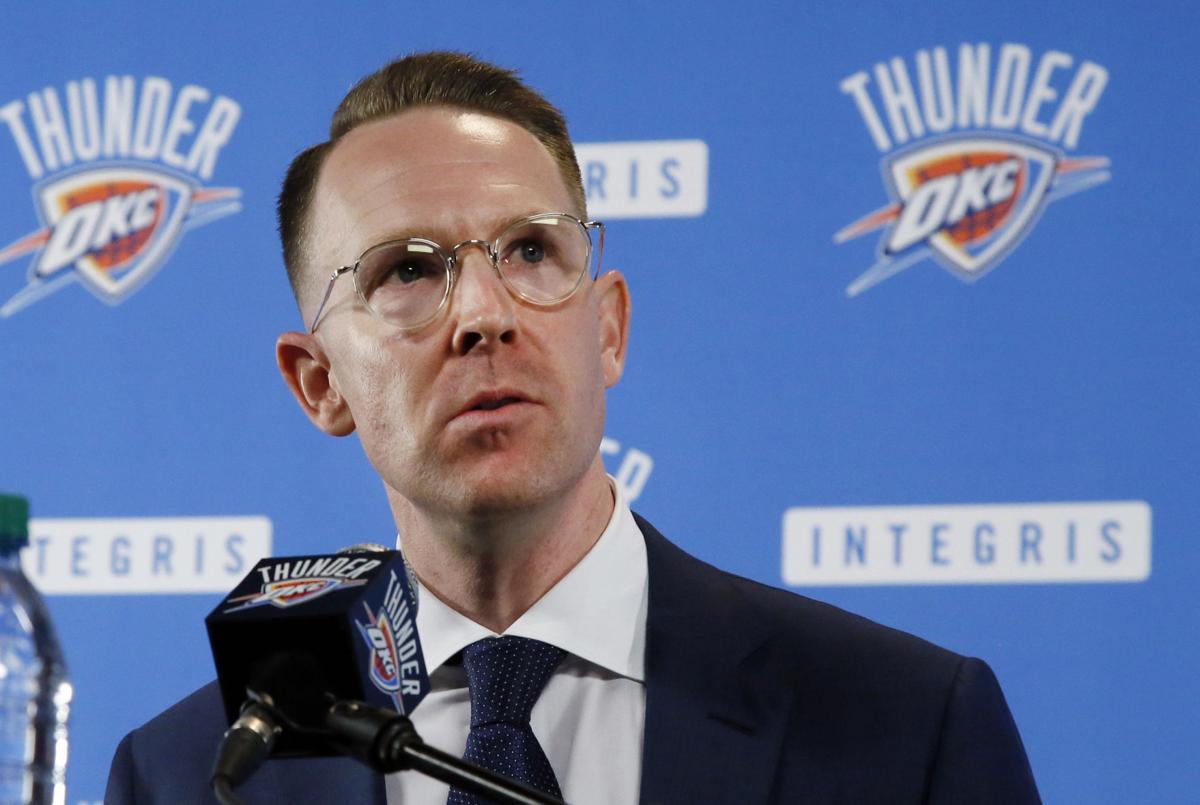 One one hand, I want to categorize this summer as Presti learning from the mistakes made with Harden and Durant, but it might not be that simple. Perhaps–and I have no inside information to back this up–Presti didn’t extend himself too far with Durant because Durant was the one more likely to leave. Perhaps Presti knew that Durant and Westbrook, two incredible talents who are wired very differently as people, were not compatible, and keeping them together for the duration of their careers was not a sustainable venture.

Perhaps Presti knew Westbrook–the maniacal cyborg programmed to play every possession like his life depended on it–was programmed for loyalty as well. The Boston Celtics may have reminded us this summer when they traded Isaiah Thomas that loyalty in sports is merely a public relations tool designed to sell jerseys, and that we should not hold a lack of loyalty against players who leave in free agency because teams can just as easily flip a loyal star for a younger, shinier model, but maybe Westbrook is different. Why wouldn’t Westbrook be different? He is already a very different kind of player from anyone else in the NBA, so the idea that he wants to live and play in Oklahoma City for his entire career might not be all that far-fetched. This is a guy who waited until Durant’s birthday to sign the extension, so the themes of betrayal, loyalty, and revenge appear to be at the front of Westbrook’s thoughts on and off the court.

Perhaps Presti was not convinced enough of Durant staying that he was not about to go all in when he was there. Sure, it looked bad at first. Sure, Durant went to the conference rival Warriors, won a title in his first year, and they look poised to dominate the NBA for years to come, but perhaps Presti did not lose sleep over Durant because he had a better idea about Westbrook’s intentions.

Thinking back to the summer of 2015, when the Portland Trail Blazers lost LaMarcus Aldridge, I thought it was a can’t miss signing for the Spurs, and a bad loss for a Portland team that fell apart due to injury and never got it together. It was a lesser example of a situation similar to Durant leaving OKC–Aldridge was inferior to Durant, the Spurs team Aldridge joined was inferior to the Warriors team Durant joined, and the Blazers team Aldridge left accomplished less than the Thunder team Durant left–but the Blazers did not fall as far as anyone thought when they lost Aldridge. In fact, in rebuilding on the fly around Damian Lillard, the Blazers were better in 2016 than they were in 2015. It also helped that even though the Spurs were still a very good team, Aldridge has been mostly disappointing since leaving Portland. Presti deserves credit for building around Russ, regardless of what happened with Durant.

Going forward, the Thunder not only have a good team for 2017-18, they have a star player committed to the franchise who can be used to recruit more stars to OKC if George and Melo move on. The NBA is a star’s league, and it takes stars to get more stars. The Thunder have recovered better from losing Durant in a much better way than I thought they would or could.