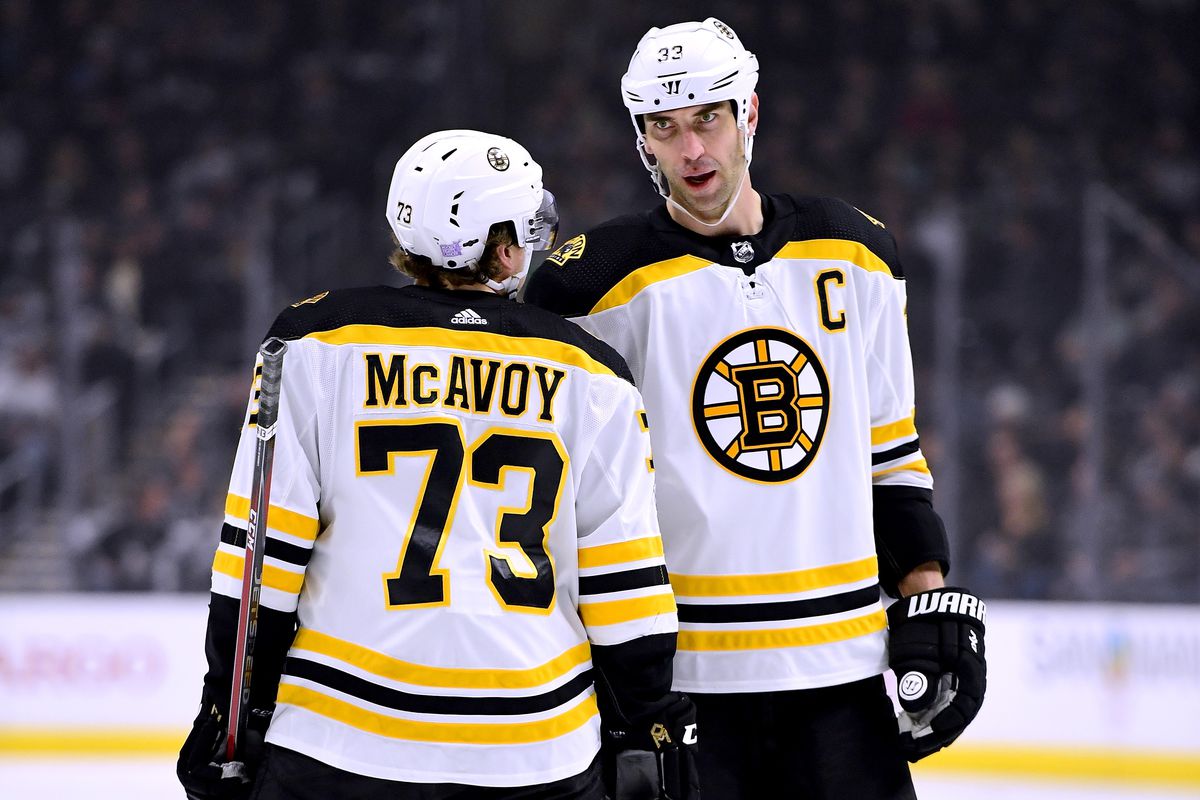 There are still five members of the 2010-11 Boston Bruins team that won the Stanley Cup on the team in 2018: Zdeno Chara, Patrice Bergeron, Brad Marchand, David Krejci, and Tuukka Rask. There were six until Adam McQuaid was traded to the New York Rangers over the summer. Sitting in the upper echelon of a top-heavy division–along with the Tampa Bay Lightning team that ended the Bruins’ season and a Toronto Maple Leafs team that took them to seven games and then added John Tavares this summer–the Bruins are competing with a healthy mix of youth skill and veteran experience, but the clock is ticking to accomplish more while they can still get production out of their beloved veteran core.

Zdeno Chara is 41, and was still a productive player last season. It’s possible that Boston has taken him for granted. The key to the Bruins’ turnaround in after years of mediocrity and futility best illustrated by the way all of New England was rooted for the Colorado Avalanche for a year and a half because there was no way Ray Bourque could win the Stanley Cup in Boston was signing Chara in the summer of 2006. He is the tallest player in NHL history, and his overwhelming size distracts from his high level of skill. When the Bruins won the Stanley Cup, Chara became just the second European born player to captain a Cup winning team, and somehow he only won one Norris Trophy. He has been the anchor of the Bruins’ blue line and is hockey’s parallel to he high level of play Boston fans have come to expect from players in their 40s thanks to Tom Brady and David Ortiz.

Chara was paired for much of last season with rookie Charlie McAvoy, and the combination of youth and experience proved to be beneficial for both defensemen.

Patrice Bergeron is 33. And he’s an old 33 at that, having made his NHL debut when he was 18 and having sustained many concussions and many rough injuries. The ones that always come to mind are the brutal head injury he received from Randy Jones in 2007 that caused him to miss an entire season and the fact that he played through broken ribs and a punctured lung in the 2013 Stanley Cup Final against the Chicago Blackhawks.

Bergeron has been my favorite Bruin since his rookie season, which was when I was in eighth grade. The only other Boston athlete who was playing in Boston when I was in middle school is Tom Brady. Also, when Bergeron started playing for the Bruins, Ted Donato was on the team, and now Ted’s son Ryan is. Bergeron has been limited in training camp and hopefully he will be good to go once the regular season starts, but the way he has played and the toll it has taken on his body does not give me hope for a late-career renaissance like the one Big Z has enjoyed.

Bergeron and Brad Marchand have been such a dominant forward pairing over the years that they make one of the best lines in all of hockey no matter who the third player is. Marchand has transformed himself from the young pest, the little ball of hate, into one of the great scorers in the NHL, but still very much a pest. Last season, he got into the objectively weird habit of licking opposing players in the middle of the game. It was a little disturbing, but also pretty funny.

No matter what happens for the rest of their careers, I think Chara, Bergeron, and Marchand will finish things off with #33, #37, and #63 in the rafters of TD Garden, and if this team were to make another deep playoff run, they will be key parts of it, but they cannot do it without McAvoy and Donato, David Pastrnak, Jake DeBrusk, Brandon Carlo, Danton Heinen, Anders Bjork, Sean Kuraly, and Noel Acciari. The youth movement on the team has been encouraging, but they need to continue to progress.

On paper, the Bruins are not better than Toronto or Tampa, and that can change with a couple bounces of the puck and the team giving a consistently strong effort. The 2017-18 Washington Capitals was not the best roster the Caps put together in the Alex Ovechkin Era, but it will never be forgotten because they were the ones who beat Pittsburgh, and broke through to win the Stanley Cup. For the sake of Boston’s beloved veterans, I hope this Bruins team has that kind of run in them before it’s too late.