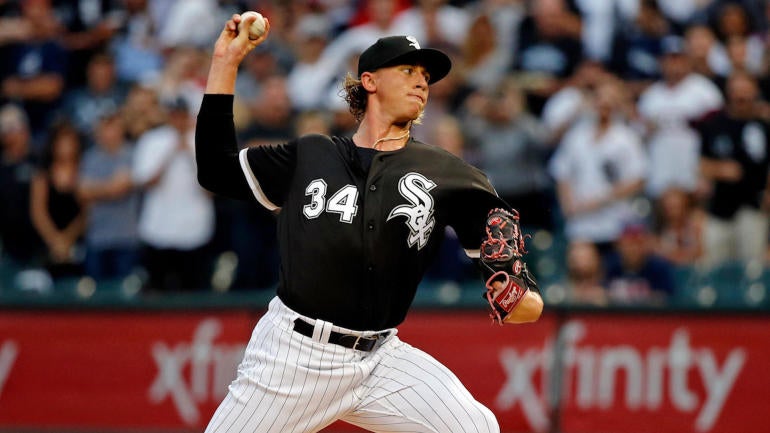 After much anticipation, Michael Kopech got called up to the Majors. Kopech was one of the key assets that came back from Boston when the Chicago White Sox traded lefty ace Chris Sale to the Red Sox following the 2016 season. In August, he was called up to the Major League team. He showed some promise, but after 14.1 innings, his 2018 season ended and needed Tommy John surgery, effectively ending his 2019 season as well.

The other big piece in the Sale Trade was Cuban infielder Yoan Moncada, who got saw his first Major League action with the Red Sox in September 2016. In a season and a half for the ChiSox, he has not lived up to expectations that have been placed on young talented prospects. In 2018, Moncada is a .233 hitter with an OPS+ of 94. The White Sox are in the middle of a rebuild in a city that recently saw the Cubs come through the other side as a World Series champion and perennial contender. In good times and in bad, the White Sox have always been overshadowed by Chicago’s other team, and the other Sox.

So much was made of Boston’s title drought, and rightfully so. In the 86 years between 1918 and 2004, the Red Sox had a lot of pretty good teams, and quite a few very good teams. In 1946, they won 104 games, but lost to the St. Louis Cardinals in seven games, with the Cards applying a defensive shift on Ted Williams some 70 years before that tactic was used regularly on far lesser hitters. The Red Sox would lose the World Series in seven games again in 1967, 1975, and 1986. I was 14 when the Red Sox came back against the New York Yankees in the 2004 ALCS, and swept the Cardinals in the World Series, but I had already endured my share of Red Sox heartbreak. I thought 1998 would be their year–when they earned a Wild Card berth on the back of former MVP Mo Vaughn, newly acquired ace Pedro Martinez, stellar closer Tom Gordon, and second year All-Star shortstop Nomar Garciaparra–but they fell in the ALDS to the Cleveland Indians. In 1999, they defeated Cleveland in the ALDS, but fell to the Yankees, as New York won their second of what would be four consecutive American League Pennants and three consecutive World Series titles. Neither of those seasons were as devastating as 2003, when an epic seven game ALCS between the Red Sox and Yankees ended with Grady Little leaving Pedro in too long (after he out-pitched Roger Clemens), and Aaron Boone homering off Tim Wakefield in extra innings.

With that kind of history and baggage, and such a constant and successful rival, the narrative of Red Sox misery practically wrote itself, but Dan Shaugnessy sold a lot of books in the process of articulating it. Needless to say, after the Red Sox won in 2004, I was stunned to learn a year later that the White Sox had not won since 1917.

After winning the World Series in 1906 and 1917, the White Sox tarnished the integrity of the game with the fix of the 1919 World Series, and then they did not win the American League Pennant again until 1959, when they lost to the Los Angeles Dodgers in six games. They did not get back to the World Series again after that until they swept the Houston Astros in 2005, just a year after the Red Sox. But they were not the most famous long-suffering Sox team, and they did not even have the longest World Series drought in their own city.

One aspect of the fan experience is seeing celebrities rooting for their teams serving as avatars for the entire fanbase. Perhaps the most famous examples of this come from the NBA with Jack Nicholson for the Lakers and Spike Lee for the Knicks.

In baseball, the new York Yankees have Billy Crystal. The New York Mets have nearly half of all standup comedy, most famously Jerry Seinfeld (pictured with legendary Met and Seinfeld guest star Keith Hernandez), Jon Stewart, and Judd Apatow. The Red Sox have Seth Meyers, Mike O’Malley (pictured with Ryan Dempster after the Sox won the Worls Series in 2013), and Stephen King. The Astros have the Bushes, although, in fairness, so do the Rangers, and apparently the Red Sox. The Cubs have Eddie Vedder (pictured with David Ross), Nick Offerman and of course Bill Murray. The world’s most famous White Sox fan was a little busy for eight years, and is admittedly more of a basketball guy.

Whether it is the result of one of the most damaging scandals the game has ever seen, or the immense shadow cast by the more popular team within their own city, the White Sox have trouble breaking through when times are good, and their futility never gets enough attention when times are bad. If I were a White Sox fan, this anonymity would hurt the most.