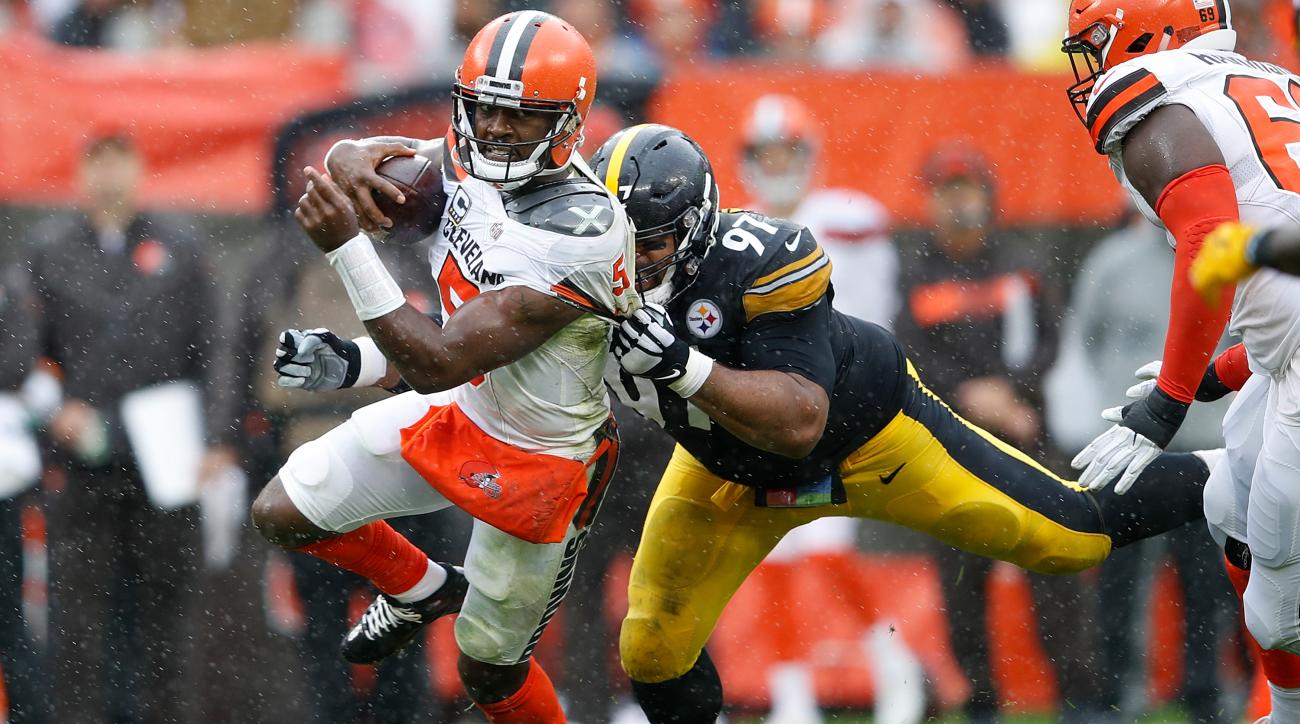 The Cleveland Browns went 1-15 in 2016, and followed up that performance by going 0-16 in 2017. Ordinarily, a coach with a track record like that through 32 games would lose their job, but not only did Hue Jackson keep his job, he became a reality star on Hard Knocks this summer. Who knows how far upward he can fail from here.

The good news is that in a football sense, there is nowhere to go but up. Cleveland has been consistently drafting at the top for a decade, and by doing that long enough, they could end up with a really good roster by accident. Between poetry enthusiast Myles Garrett and Heisman Trophy winner Baker Mayfield, the Browns may have some truly special players, and the could be scary good in a couple years. But it helps if you win a game at some point.

The Browns dragged the Pittsburgh Steelers down to their level, took them to overtime, had a chance to win at the end, and missed the field goal, ending the game in a 21-21 tie. They still have yet to win, and the free Bud Light stays locked for another week, but it was better than any result all last season. Have to start somewhere. You can’t just go from losing to winning. Who does that?

Sure, it’s another week without a Browns victory. Sure, Hue Jackson’s record is now 1-31-1 as head coach in Cleveland. Sure, it is mathematically possible to follow 0-16 with 0-0-16, but how must the Steelers feel? The Steelers have expectations this season and through five quarters were no better than a team that last won a game when Barack Obama was still president. Week 1 in the NFL is all about overreacting, but if I were a Steelers fan I would be justified in my overreactions to this game.

After all the Browns have been through, really going back to the first iteration of the franchise–with choking against John Elway, and having Bill Belichick before he was a good head coach, and getting moved to Baltimore, and having the Browns come back only to see the former Browns win two Super Bowls as the Ravens while the New Browns are as consistently bad as the Patriots are consistently good in the 21st century–it kind of makes sense that they would have a start to the season like this just to keep tensions high.

It’s an improvement, but it still isn’t winning football.