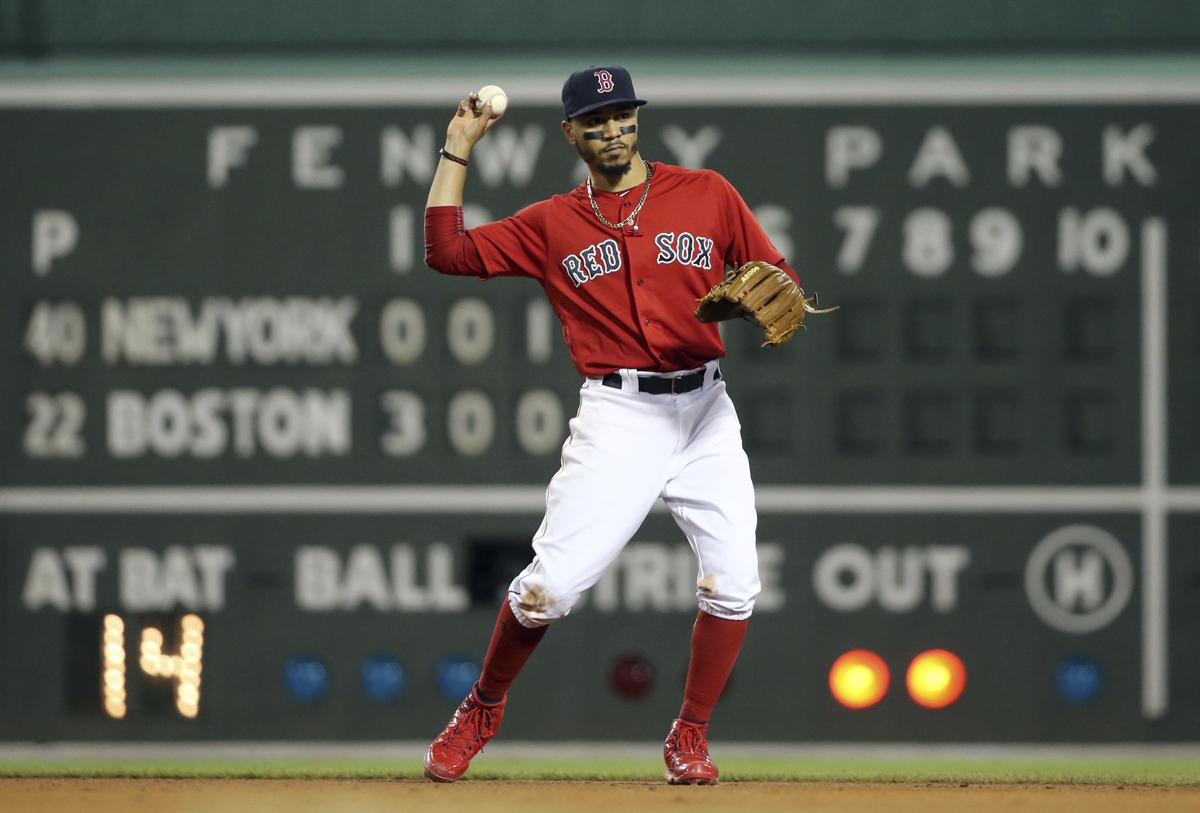 I went into this past weekend’s series between the Boston Red Sox and New York Yankees with managed expectations. Yes, the Red Sox have been hot all season, and yes, they had a comfortable lead over the Yankees, but the Yankees have not exactly struggled this season, and Chris Sale would not be pitching in the series. I went in expecting a split, but realizing the Yankee team that needed it more could very well sweep the series. All season, I have tried to manage my expectations with the Red Sox, but at every turn, my expectations have been far exceeded.

The Sox were without Chris Sale, and lost trade deadline acquisition Ian Kinsler to injury in the first game of the series. But that did not matter. I realize the Yankees were without their two best hitters, Aaron Judge and Gary Sanchez, but their lineup was still one of the better ones in the American League but the Red Sox’ pitching staff made them look like minor leaguers for much of the four game sweep. Newcomers Steve Pearce and Nathan Eovaldi left their mark on the rivalry, and Rick Porcello did a fairly convincing Greg Maddux impression, allowing one hit and keeping a complete Red Sox/Yankees game under a hundred pitches and three hours. The Yankees went into the series with a chance to close the gap and make the division race interesting, but are now closer to falling out of the Wild Card than they are to catching the Red Sox.

While I have not written anything about the Red Sox since the start of the 2018 season, this is the most fun I have had following the Sox in a long time. Last season was my least favorite good Red Sox team, and signing J. D. Martinez and replacing manager John Farrell with Alex Cora–who I always liked when he played for the Red Sox–was not enough to raise my expectations any higher than a mid-90s win total followed up with an ALDS exit at the hands of either the Cleveland Indians or Houston Astros. Winning the division was no sure thing, either, given how well the Yankees young players performed in 2017 and that was BEFORE they traded for Giancarlo Stanton.

The Red Sox’ standing in the American League is one many teams would envy, but it was hardly something to get excited about, when the Patriots were just in the Super Bowl again, the Bruins and Celtics were both overachieving, and the Red Sox had been in the same place–bowing out in rather uninspiring fashion to the eventual American League Champion–for the last two years. Alex Cora has found a new gear for this team–earning more managerial wins in Boston than Bobby Valentine before getting his first career ejection over the weekend, and it’s still only August of year one–and J. D. Martinez has been a revelation. As it turns out, if you can hit a ton of home runs in Detroit and Arizona, it should be expected that he hit a ton of home runs in the much more hitter-friendly Fenway Park.

There is still a lot of baseball to be played, and Red Sox Nation’s institutional memory of 1978 and 2011 is enough to not count any chickens before they hatch. But the ride to this point has been a lot of fun. Nothing is guaranteed in a top-heavy American League, and the Red Sox are not going to be the feel-good team America falls in love with (the Indians, A’s and Mariners have the best shot at that spot). They have won too much to be that team anymore, even if the only players left from the 2013 World Series team are Xander Bogaerts who was a rookie that year and the oft-injured Dustin Pedroia.

This time around, it will have to be Mookie Betts, J. D. Martinez, Mitch Moreland and Andrew Benintendi who carry the offense, and Chris Sale, Rick Porcello, Nathan Eovaldi and Craig Kimbrel who get it done on the mound. Steve Pearce seems like the leading candidate to do his job in a limited role and be rewarded with a managerial job in ten years like Dave Roberts, Gabe Kapler, and Alex Cora did in Boston in the last decade.

I am not your typical millennial. While the narrative has become that young people today don’t have the attention span for baseball, I love it and it gets me through the summer even when the Red Sox are bad or less than fun. The last couple months have been crazy, as I bought a condo and spent the last several weeks moving and setting up my new place. Before I got the Internet connected in my condo, I rediscovered my love for listening to baseball games on the radio, as I seem to every few years.

I grew up in a house without cable and even when games were on network TV, I would often continue to follow the game on radio after getting sent to bed. That’s how I took in Grady Little’s decision to keep Pedro in the game in the 2003 ALCS. In my early 20s, I worked second shift for a couple years, and took in final out of the 2013 World Series on the radio at work. This season, listening to Joe Castiglione again, I am having the most fun with the Red Sox since 2013, but it makes me feel even younger than that.