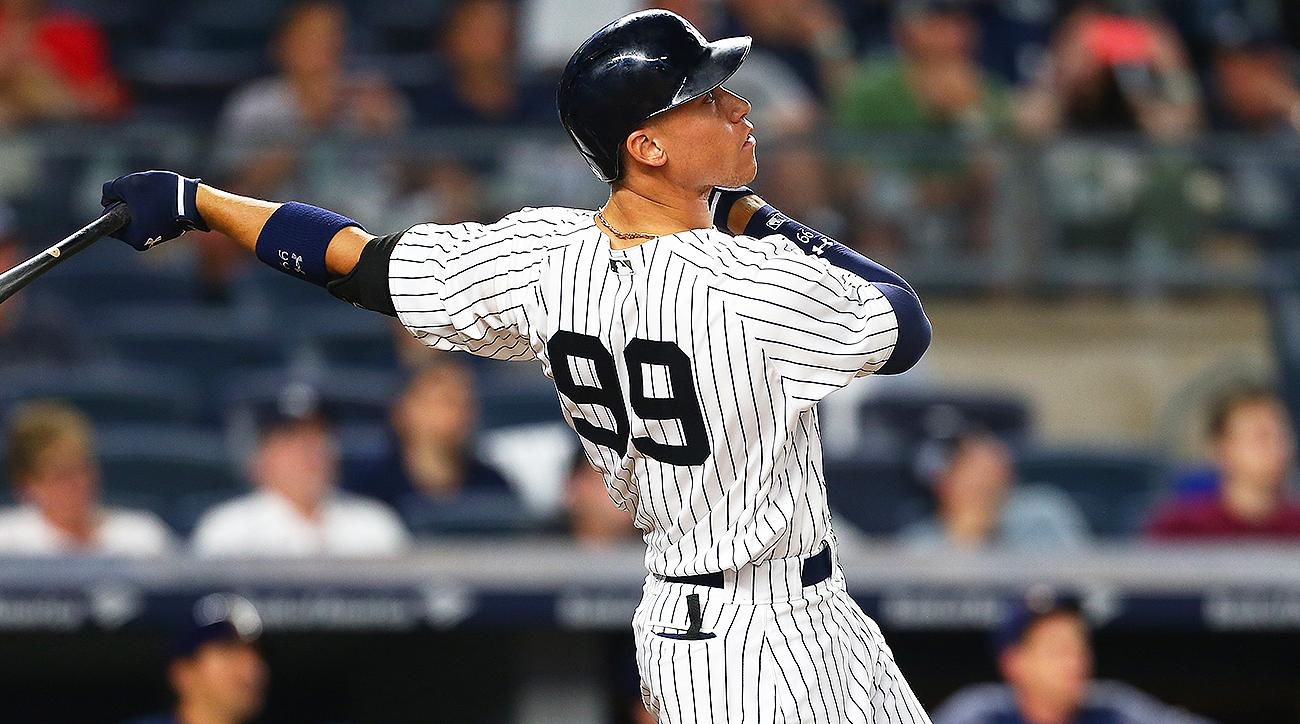 A year ago, I wrote about how weird it was to have the New York Yankees, the historical power and biggest spender in Major League Baseball, playing the role of seller at the trade deadline. They seemed poised for a rebuild, and I was confident Brian Cashman was smart enough to see that through, but it did not feel right. 2016 was a weird year, and the Yankees bracing to rebuild does not even come close to the top fifty strangest things that happened last year, but 2017 appears to be reverting to what we know as normal, at least in a baseball sense. The Yankees are back, and for some reason, I’m okay with it.

After dealing Andrew Miller to the Cleveland Indians and Aroldis Chapman to the Chicago Cubs, setting up the crucial late inning match-ups the World Series, there was the rise of Gary Sanchez. Sanchez, a catcher, batted .299 and hit 20 home runs in just 53 games, and finished second in the American League Rookie of the Year voting. Two great months from a rookie catcher do not immediately make a team a contender, and the expectations for New York were still that of a team building through the farm system to be great in a couple years heading into 2017. Then Aaron Judge happened.

If you told me the next great Yankee was an outfielder as big as Rob Gronkowski, who hits the ball harder than Giancarlo Stanton, and who is so humble he’s more likable than Derek Jeter and Mariano River combined, I would have thought you were crazy. There could not be a human like that. Aaron Judge is such human. Last year, he was a strikeout machine, and this year he has transformed himself into a baseball crushing machine who is quickly becoming one of the faces of baseball. It was only a matter of time before the Yankees had another transcendent icon of the game. They always land on their feet in that regard, but who would have thought it would be one like this? Baseball players aren’t supposed to be that big, and if they are, they become pitchers. All I can do is sit back and be amazed.

With their rebuild fast-tracked by a baseball unicorn, the Yankees resumed their normal role of buyers at the trade deadline, and they bought, and bought, and bought. They acquired third baseman Todd Frazier, starting pitcher Tommy Kahnle, and relief pitcher David Robertson from the Chicago White Sox, relief pitcher Jaime Garcia from the Minnesota Twins, and capped it all off by acquiring right handed ace Sonny Gray from the Oakland Athletics. The Yankees did not get the biggest names that moved this trade season, as the Texas Rangers sent Yu Darvish to the Los Angeles Dodgers and the White Sox sent Jose Quintana across town to the Cubs, but they acquired quality in volume and filled the most needs of any postseason contender. It also helped their cause that they made trades to bolster third base and the bullpen, taking players off the market in the most glaring places of need for their forever rival Boston Red Sox.

These are the Yankees I remember.

As much as I hate to admit, the Yankees being good is good for baseball. They are the lightning rod for the hate of the other 29 fan bases. The villain role in sports is something that should be embraced. As a Patriots fan, I embrace it. The Yankees are better at being the bad guy than anyone else in Major League Baseball. In the years since they last won the World Series in 2009, several teams have had the chance to take the Iron Throne of Evil from the Yankees, but the fit has never been quite right. The Red Sox, in spite of their three World Series titles since they last met the Yankees in the postseason, cannot get out of their own way year to year. The San Francisco Giants won three World Series titles in five years, but were irrelevant in the off years. The Dodgers, for all their regular season success and high payroll, have not won the National League Pennant since 1988. The Cubs only got good in the last two years and before 2016, the last president to be alive for a Cubs championship team was Lyndon Johnson, who was born two months earlier in 1908. They are not ready for that kind of role. The Red Sox are 13 years removed from becoming winners, and they aren’t even ready for it.

The team that came the closest was the St. Louis Cardinals. They have won the most titles of any team in the National League, they rub other fan bases the wrong way with their “best fans in baseball” mentality, and their was an actual FBI investigation into front office members hacking the Houston Astros (and somehow Deflategate got more coverage?). They should have become the most hated team in baseball, but animosity towards the Cardinals translated more into Cardinal fatigue more than Cardinal hate for me. It just wasn’t the same.

The Yankees are the Alabama football or Duke basketball of Major League Baseball. Nobody is indifferent to these teams. If you follow that respective sport, you have strong feelings one way or the other, and that keeps you engaged even if your own team is not a contender. I should be upset that the Yankees were not bad for a longer period of time, but hating a middling team or a team with a losing record is just not as much fun.