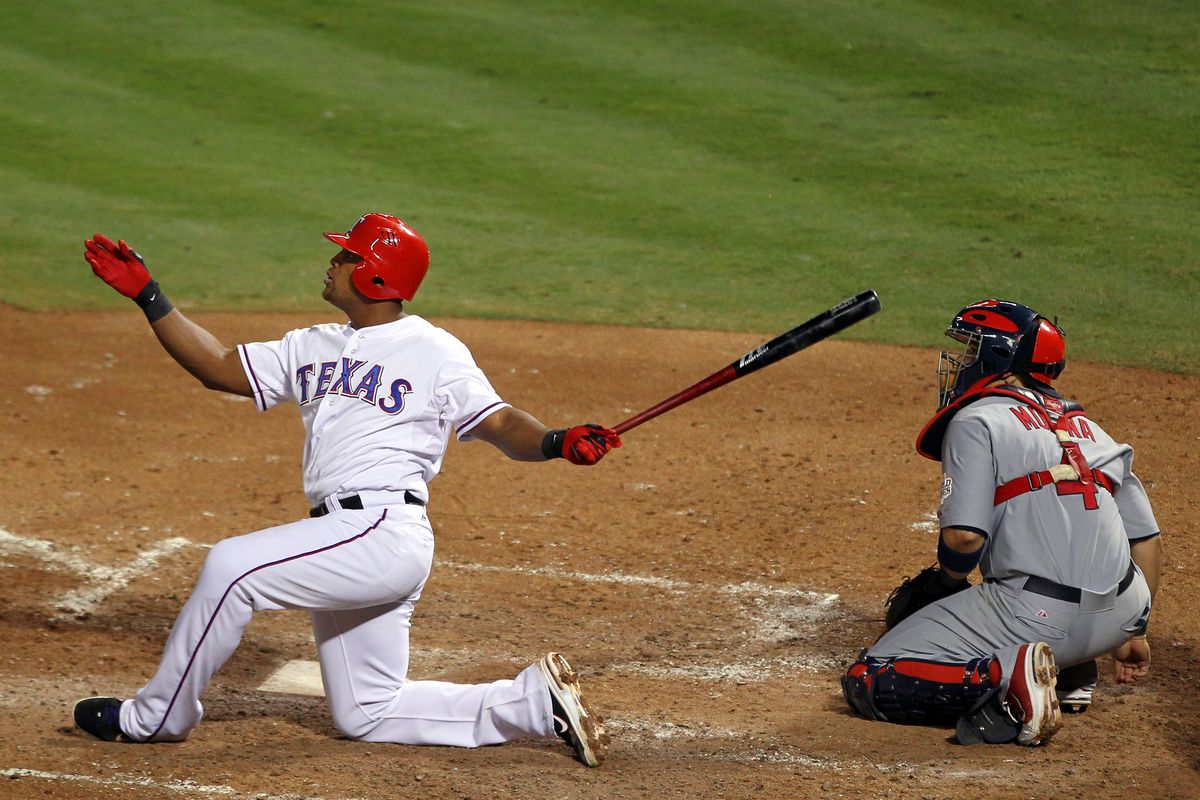 Texas Rangers third baseman Adrian Beltre got his 3,000th career hit on Sunday, becoming just the 31st player in Major League Baseball to ever reach that milestone. Before the 2017 season is finished, Beltre could realistically pass Roberto Clemete (with whom he is tied at 3,000), Al Kaline (3,007), Wade Boggs (3,010), Cap Anson (3,011), Rafael Palmeiro (3,020), and Lou Brock (3,023) on the all time hits list. The 38 year old has had a great career and continues to be a productive player, though it took him a while for the general baseball viewing audience to fully appreciate how good he has been. Chief among those who overlooked Beltre are the Boston Red Sox, who had him for a year and let him walk in free agency.

Adrian Beltre signed with the Red Sox for the 2010 season, a one year, $9 million deal. That season was productive by any measure. He hit 28 home runs, led the Majors with 49 doubles, led the Red Sox with a .321 batting average, and was tied with David Ortiz for most RBI’s on the team with 102. That year, the Red Sox missed the postseason for the first time since 2006, and they let Beltre walk in free agency, but that was just the beginning of Boston’s relative struggles.

Beltre signed with the Texas Rangers and has been a fixture of their lineup ever since. He was a big part of the team that got back to the World Series in 2011, and came so close to winning it all before Tony La Russa performed some kind or blood magic (allegedly, and I’m the one doing the alleging) for the Cardinals to win Game 6 and finish the Rangers off in Game 7. That year, the Red Sox were eliminated on the last day of the season and the organizational over-correction that came from that collapse resulted in replacing Terry Francona with Bobby Valentine.

Beltre became a fan favorite and Internet sensation in Texas, between the nonsense about not liking his head touched (which only compelled teammates to touch his head more) and things like the exchange he had just last week with a humorless umpire over standing in the on deck circle that got him ejected. All the while, he was remarkably consistent in the field and in the batter’s box (probably, in part, because of his inability to pick up and drag the actual batter’s box).

Adrian Beltre was underappreciated for most of his career, playing on the Los Angeles Dodgers before they were the best team in baseball and outspending the New York Yankees, playing on the noncompetitive Seattle Mariners, and playing for the Red Sox in a rare Octoberless season in the 2000s. He was in his 30s and playing in Texas before he was on a consistently competitive team, and before he could get out of the shadow of the 48 home run 2004 season that got him a big contract with the Mariners.

I’ve been thinking about Adrian Beltre a lot this season, as third base has been a glaring area of need for my Red Sox in 2017. Although, it wasn’t exactly a stable position before this year, either. They moved Kevin Youkilis back from first base to make room for Adrian Gonzalez, then Will Middlebrooks showed some promise, until he didn’t. They moved Xander Bogaerts to third from shortstop, when they were desperately trying to make Stephen Drew happen, for reasons I never fully understood. They paid big money for Pablo Sandoval when they were better off with Brock Holt and Travis Shaw, and with Sandoval run out of town, they’re scraping by with Deven Marrero and Tzu-Wei Lin. And those are just the third basemen I could name off the top of my head.

Adrian Beltre has continued to have a great career that will now certainly end with a plaque in Cooperstown, and you can’t tell me the Red Sox were better off moving on from him seven years ago. They could have used him in 2011. They could still use him today.