Brad Stevens got his guy. Stevens and former Utah Jazz small forward and Ryan Gosling lookalike Gordon Hayward have unfinished business from their days together at Butler University, and they intend to finish that business in Boston. The Boston Celtics, in spite of their storied success, have not been a free agent destination for maximum players in their prime at any point in their history, but between acquiring Al Horford last summer and acquiring Hayward this summer, that knock on them no longer exists. It’s also worth noting that white small forwards from Indiana have historically done quite well in Boston, so the future looks bright for the Celtics.

That said, I cannot help but think what it would be like if they had been able to land Kevin Durant along with Horford last year. They went to The Hamptons, they got Tom Brady to sit in on the pitch meeting, but they could not offer what the Golden State Warriors could on the basketball side of things. The guys on the Warriors made financial sacrifices to Steph Curry could get his well deserved payday this summer, and they all wanted to stay in Golden State because they know nothing in their basketball careers will ever be better than what they have right now. The Celtics could not offer that. Durant joined the Warriors when the salary cap spiked, and now the rest of the NBA is paying the price.

In order to sign Hayward, the Celtics had to rescind their offer on Kelly Olynyk, who signed with the Miami Heat, and trade Avery Bradley to the Detroit Pistons for Marcus Morris. Both Olynyk and Bradley were guys the Celtics drafted and developed. Bradley was the last remaining Celtic to be teammates with Ray Allen, Kevin Garnett, and Paul Pierce, and Olynyk went in four years from being the guy that traded up to get in the 2013 NBA Draft when they could have stood pat and taken Giannis Antetokounmpo with their original pick (though to be fair, half the NBA passed on Giannis, and no one knew he would be this good) to a guy who won a Game 7 against the Washington Wizards with the home crowd chanting his name. I understand the business of the NBA, and I realize teams have to make sacrifices to get big name players, but these guys will be missed. 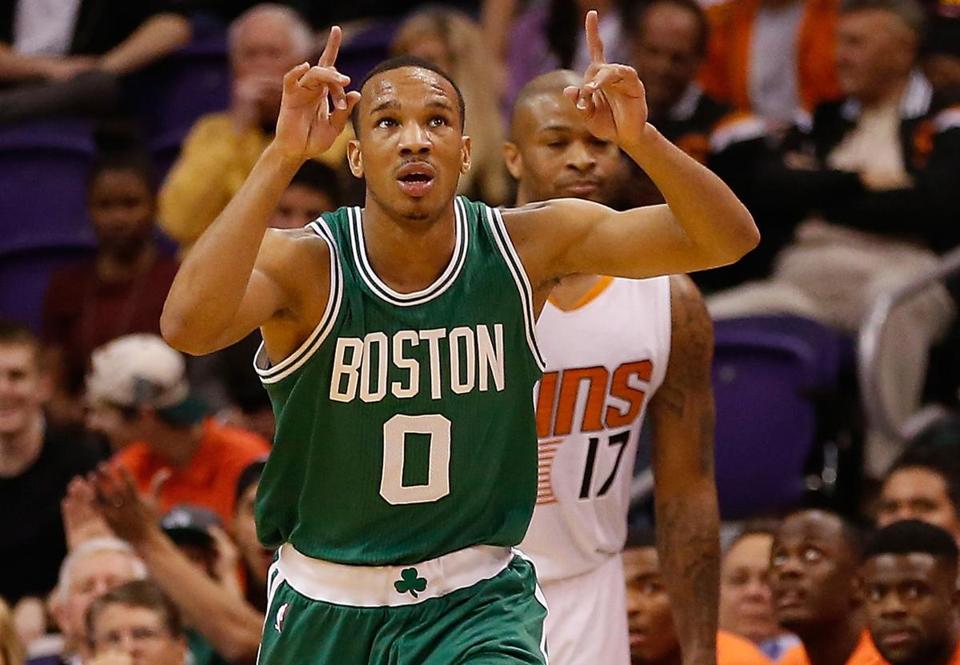 I was a big fan of Bradley’s defense. He arrived in Boston the same summer Tony Allen left for Memphis, and while Allen was one of the NBA’s best defenders during his years with the Grizz, Bradley soon became a player of that caliber. Also, Bradley wore #0, which has been a number associated with fan favorites like Walter McCarty and Leon Powe as long as I’ve been following the Celtics, so he had that going for him.

I was personally hoping Bradley would be on the team when the Celtics make it back to the Finals, as he was drafted days after their last trip to the Finals in 2010, and because there are usually holdovers between great Celtics eras. John Havlicek and Don Nelson won titles with both Bill Russell and Dave Cowens, and Cowens was still on the team when Larry Bird arrived. There was supposed to be a youth movement to revitalize the Celtics as Bird, McHale, and Parish got older led by Len Bias and Reggie Lewis, and that tragically never happened. In theory, Bias and Lewis could have still been on the team when Antoine Walker and Paul Pierce arrived.

I didn’t get into writing about basketball to get headaches trying to make sense of the NBA salary cap, but that is where we are now. The trend had been that the salary cap usually goes up from one year to the next, but with new media deals kicking in, it went way up last year. It was expected to go up slightly or remain stagnant, but the Warriors carved through the West and the Cleveland Cavaliers carved through the East so efficiently, that there were much fewer playoff games, much fewer revenue opportunities this spring, than expected, and the cap actually went down. The Warriors and Cavs were so dominant that their dominance made it tangibly more difficult for the rest of the NBA to catch up to them.

The Bradley trade was a financial move more than a basketball move. To make room to sign Hayward, the Celtics were going to have to move Bradley, or Jae Crowder, or Marcus Smart. While Bradley, when healthy, is the most consistent player of the three, he is also has the most NBA service time of the three, has one year left on his deal, and he is going to get a lot of money if Detroit lets him get to free agency next summer. I thought Crowder was the odd man out, as he plays the same position as Hayward, and was clearly upset when Celtics fans were cheering Hayward when the Jazz came to Boston last season.

Of course, the Celtics are in a much better position to deal with the reality of the salary cap than a lot of teams. They don’t have to worry about their best player leaving town because he (justifiably) hates the owner like the Cavaliers. They are not located in the loaded Western Conference, where nearly every other high-profile free agent signed, and where Jimmy Butler and Paul George landed in trades. They did not spend years building methodically through the draft only to make the playoffs one time, get swept by the Warriors, and lose their best player to free agency like the Jazz. As happy as I am that the Celtics landed Hayward, I cannot help but feel for Jazz fans in all this. I would have been okay with Hayward staying in Utah. I was really just hoping he wouldn’t end up in Miami like LeBron James and Chris Bosh did in 2010.

The Celtics can compete now with Hayward, Horford, and Isaiah Thomas, but the key to advancing beyond the Eastern Conference Finals in the future was not going to be Avery Bradley or Kelly Olynyk or Jae Crowder. 2016 #3 overall pick Jaylen Brown and 2017 #3 overall pick Jayson Tatum are the future, and if Tatum’s Summer League performance  so far is any indication, the future is bright.