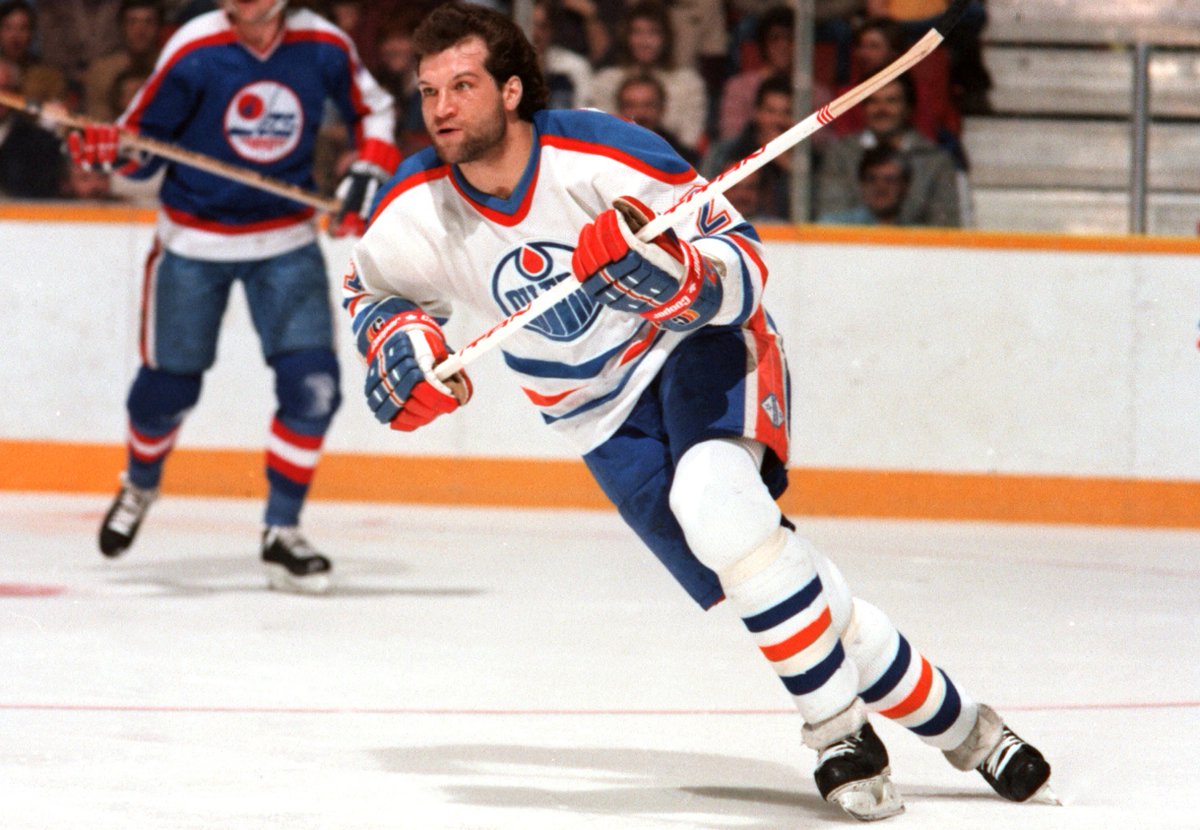 Edmonton Oilers great Dave Semenko passed away last week after a battle with pancreatic and liver cancer. Semenko was not the best player of his era, but he was one of the most memorable. He was the enforcer for the legendary Oilers teams of the 1980s, a team that was before my time but lives on forever on YouTube. He was Wayne Gretzky’s bodyguard on the ice, giving The Great One the security he needed to put up offensive numbers that are unfathomable 30 years later. He was such a star as an enforcer, he even had the opportunity to get in the ring and fight Muhammad Ali for charity.

Perhaps the most touching tribute to Semenko came from Gretzky himself at Semenko’s funeral. Wayne got it. He was maybe the most supremely skilled player ever to lace up skates, but the way he talks about his former teammate and dear friend shows that hockey, even at its highest level, is a blue collar sport where the tough guys are just as appreciated as the high-end finesse players. That Oilers team was loaded, and Semenko was their heart and soul.

There was a time when every team had a guy like Dave Semenko on their roster. Fighting was just part of the game, and as hard as it sometimes was to defend the tradition of fighting in hockey to non-hockey fans, I’d be lying if I said I didn’t miss the importance of fighting in the game.

I believe that if hockey had been invented as a new sport in the 2010s, and the leaders of this upstart National Hockey League trying to make their new game as appealing and sustainable as possible, fighting would never in a million years make the cut. That being said, to keep going with this thought experiment, hockey as we know it would have a much better chance of being invented in 2017 than football as we know it. The pace of play and high floor of acceptable skill required for entry into the NHL plays in hockey’s favor.

As long as there has been hockey there have also been great players who were also good to great fighters from Eddie Shore to Maurice Richard to Gordie Howe to Bobby Orr to Larry Robinson to Mark Messier to Scott Stevens to Cam Neely to Jarome Iginla to to mike Richards to Zdeno Chara. Even guys like Semenko or Terry O’Reilly or Shawn Thornton could probably get minutes in a post-fighting NHL. They would not be stars, and their careers would not have been as long, but in their primes, they could play well enough to make the cut even if they could not or did not fight. The players who lose out in the modern NHL are the guys who can only fight, the John Scotts of the world, or late career Shawn Thornton and George Parros.

According to Hockeyfights.com, a great website I do not check nearly as often as I used to for some reason, there were 372 total fights in 2016-17, which is up from 344 the previous season, but probably not enough to reverse the downward trend of fighting in the NHL. There were 734 in 2008-09, the highest since the 2004-05 lockout, but since the 2012-13 lockout, no season has cracked 500 fights, and the 347 fights in the abbreviated 2013 season feels like something from a different era.

Those are just numbers on a chart, but a clearer illustration came in the 2014 Stanley Cup Playoffs. My Boston Bruins won the President’s Trophy that season, but had their hands full with their most hated rival, the Montreal Canadiens in the second round. Ultimately, the Bruins fell to the Habs in seven games. Montreal was the faster, more skilled team, while Boston prided itself on strength and toughness. That’s the rivalry in a nutshell. One key difference in the two teams was the use of the enforcer. Boston had Shawn Thornton, and Montreal had George Parros. The two were friends, and won the Stanley Cup together as members of the Anaheim Ducks in 2007. While Parros spent the playoffs in the press box, scratched from the lineup, the Bruins played Thornton. That philosophical difference was not on its own what put the Habs ahead of the Bruins that season, but it showed how much the game had changed.

In 2011, inserting Thornton into the lineup in the Cup Final against the Vancouver Canucks after Nathan Horton got hurt gave the Bruins an edge. They pushed the Canucks around after that, and won their first Stanley Cup since 1972. Thornton alone did not put them over the top, but his presence could not be discounted. Three years later, he was a liability in the playoffs for the Bruins.

The decline of the enforcer has been talked about for years. Before Dave Semenko’s passing, it was John Scott’s inclusion in the All-Star Game that caused a mass-reflection on the legacy of the role in hockey. Before that it was the deaths of Derek Boogaard, Wade Belak, Bob Probert, and others. Every time, the same sentiments are expressed: fighting in hockey is hard to defend to non-hockey fans, and the role of fighting means less now than it did even five years ago, but nonetheless, without it, the game is missing something, and the guys who do that dirty work are some of the most appreciated in the dressing room as well as with the most hardcore of hockey fans.

If there were ever an opening for fighting to gain a more prominent role in the NHL again, we may have it with the addition of the Vegas Golden Knights to the league. With a 31st team, there are now more NHL playing jobs than ever before, and the talent pool is even further diluted. Teams may place a greater emphasis on protecting their most skilled players, and there may be more roster spots available for guys who can fight better than they can score. Then again, if the next couple years do not bring fighting back to where it was as recently as 2013, it might be gone for good in 20 years.