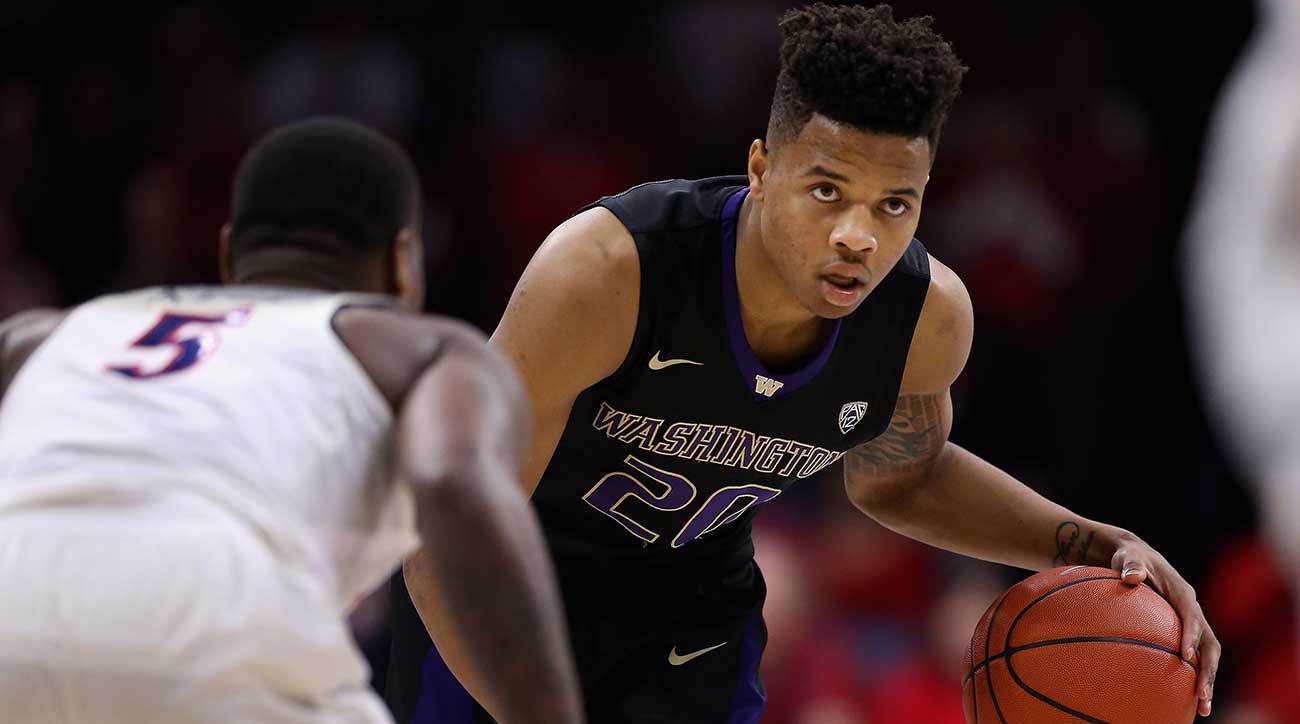 Since the Boston Celtics won the NBA Draft Lottery a few weeks ago, I had been watching a lot of Lonzo Ball and Markelle Fultz highlights on YouTube. When Ball refused to work out for the Celtics–and when his father insisted the UCLA point guard would play for the Los Angeles Lakers–I focused much more heavily on Fultz, who had far less video available because he played for a bad Washington team that did not make the NCAA Tournament. What I did see of Fultz, however, was exciting. The kid is a great athlete with a pretty-looking shot and the wingspan of a seven-footer.

With the news that the Celtics have traded the #1 overall pick to the division rival Philadelphia 76ers, my pre-draft video attention will be shifted to Josh Jackson of Kansas, Jayson Tatum of Duke, and De’Aaron Fox of Kentucky. In exchange for the top pick, the Celtics get this year’s #3 pick from the Sixers and either the Lakers’ 2018 pick (if it falls between #2 and #5) or the Sacramento Kings’ 2019 pick (unprotected). While it is underwhelming right now to go from having the top pick, and dreaming of a guy who has been described as a “right handed James Harden,” a “taller, more defensively stout Damian Lillard,” and a “6’4″ Tracy McGrady” as the next great Celtic, it keeps Boston’s options open for years to come, rolling over the window to built through the draft. And again, Danny Ainge is operating from a point of power, and channeling his inner Bill Belichick.

By trading down and allowing the Sixers to draft Fultz, Philadelphia has a Baby Big Three in Fultz, 2016 #1 overall pick Ben Simmons, and 2014 #3 pick (who was the consensus top prospect but fell when he broke his leg days before the draft), and after years of tanking finally appear to be building a team, something Philly fans and NBA fans as a whole have waited far too long to see.

The Sixers were tanking way back when the Celtics were still tanking in 2014. The second round playoff between the Sixers and Celtics, featuring Doug Collins, Jrue Holiday, Andre Igoudala, Elton Brand, Doc Rivers, Kevin Garnett, Paul Pierce, Ray Allen, and Rajon Rondo may have been in 2012, but it feels like a million years ago, considering how different the two teams have become. After the Sixers traded Igoudala to the Denver Nuggets and acquired Andrew Bynum in the disastrous Dwight Howard Trade, and after Ray Allen signed with the Miami Heat and the Celtics were eliminated in the first round by the only good New York Knicks team of the last 15 years, both teams were headed for a rebuild in the summer of 2013. Collins retired and Holiday was traded to the New Orleans Pelicans, while the Celtics traded Rivers to the Los Angeles Clippers, and traded KG and Pierce to the Brooklyn Nets.

Both teams took the long view in hiring their next coach, with the Sixers hiring longtime San Antonio Spurs assistant Brett Brown, and the Celtics hiring Butler University coaching wunderkind Brad Stevens. Both teams spent the 2013-14 season vying for top position in the Draft Lottery, only for the Cleveland Cavaliers to land the #1 pick as well as the ultimate lottery by convincing LeBron James to come home. This is where the similarities between the Sixers’ rebuild and the Celtics’ rebuild end.

Philadelphia drafted Joel Embiid and Dario Saric in the 1st round of the 2014 Draft, but neither played in an NBA game until 2016. Former 76ers GM Sam Hinkie called it “The Process:” the method of drafting high-upside prospects, even if they will miss years due to injury or due to playing in Europe, and keeping the present-day 76ers team as bad as possible, staying in the lottery and increasing the chance of landing a franchise-changing superstar.

The Celtics, meanwhile, drafted Marcus Smart with the #6 pick in 2014, and continued to incrementally build their team. In 2015 and 2016, they made the playoffs, and in 2017, made the Eastern Conference Finals. The Celtics had their own version of The Process, but it was built on Brooklyn tanking for them, free to compete within the conference at the same time.

While it makes me nervous, on one hand, to trade the top pick and a potential superstar to a team in the division, I’m not about to doubt Danny Ainge. He did, after all, trade my two favorite Celtics of all time to division rival Brooklyn, and that turned out pretty well. While Embiid, Simmons, and Fultz are loaded with tantalizing potential, they also haven’t done anything yet. Philly’s Baby Big Three have played a combined 31 NBA games, with Simmons (another #1 overall pick whose college team missed the tournament) missing the entire 2016-17 season with an injury. As a fan of the NBA, I want there to be more good teams and more great players, and I want the Sixers’ young core to compete, but at some point they have to play. Embiid and Simmons have been highly anticipated, but the Celtics are giving their young players valuable experience. Ben Simmons hasn’t played a game yet, and Embiid has 31 games played in the three seasons since getting drafted, but Marcus Smart, Terry Rozier, and Jaylen Brown have won playoff rounds.

Going forward, the Celtics still have one more Brooklyn pick, and have the ability to tank vicariously through the Lakers, Kings, Clippers, and Memphis Grizzlies. Danny Ainge was willing to gamble and pass on Fultz, even if it means being mocked in the short-term. This is guy who pulled the trades for Allen and Garnett, sold off Pierce, Garnett, and Rivers when their values were still quite high, and turned the Boston into a franchise that is in as good position as anyone in the East to wait out LeBron’s prime. He didn’t turn stupid overnight. As much fun as rooting for Markelle Fultz might have been, I have trouble doubting Ainge’s plan right now.