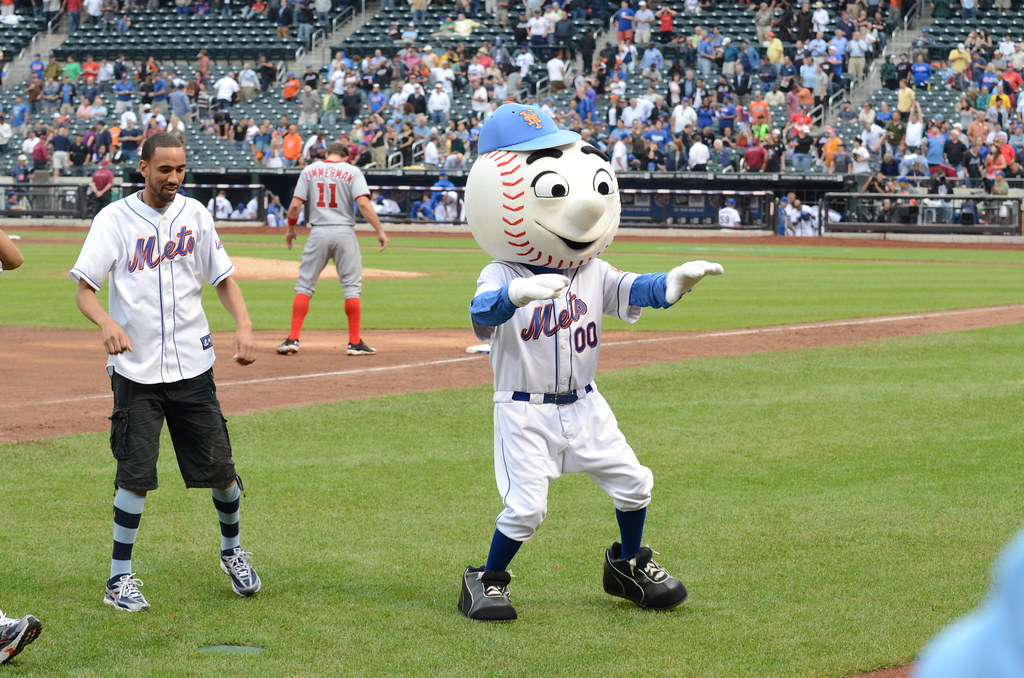 NEW YORK – In a shocking turn of events many sources around Major League Baseball believe could derail their hopes in the National League Pennant race, the New York Mets have placed fan favorite Mr. Met on the 60-Day Disabled List as soon as the club’s medical staff came to the startling realization that Mr. Met’s head is actually a giant baseball.

“I’m just as surprised as everyone else.” said Mets GM Sandy Alderson in a press conference this afternoon. “That being said, we had no way of knowing. We can’t just have him get an MRI.” Mr. Alderson said, echoing a similar sentiment from last month’s Noah Syndergaard injury announcement. “You know, because his head is too big to fit in the tube.”

The news is yet another blow for the Mets’ medical staff, who have had a particularly bad run of luck these last few years with strange and unfortunate injuries from Matt Harvey to David Wright to Noah Syndergaard to Yoenis Cespedes. Mr. Met’s injury, though, is the most bizarre to date.

“I always knew he had a big head.” Said Mets field manager Terry Collins. “But I had no idea it was so serious. I mean, I also managed Bartolo Colon. Are you telling me his gargantuan melon is also a giant baseball? You’ve got to be kidding me.”

While rumors continue to swirl at deadline about the team’s unhappiness with Mr. Met about not being more forthcoming about his condition, and of a possible grievance Mr. Met may be filing jointly with the Player’s Association against the Mets, but neither the team nor the union were willing to comment on the record about the rumors at this time.

Mr. Met himself was contacted to comment on the matter, and made it clear that he looks forward to tell his side of the story on The Players’ Tribune in due time.