One of my biggest regrets as a writer is the two years or so I took off from writing about sports on the Internet from the spring of 2011 to the spring of 2013. On the one hand, I absolutely needed to reset and refocus as a writer, and I had other things going on and some perspective would have done me a lot of good. If I continued writing the way I had been, in the style I had been, on the blog I had been, I would have burnt out sooner or later, and I would not be writing here for you today in 2017. On the other hand, there is no written evidence, no previous article I wrote that I can link to, that can prove how right I was about Kirk Cousins.

We sports writers, amateur and professional alike, we sports enthusiasts who call and email talk radio shows and fill Reddit threads with opinions and analysis, we love making predictions, and we love being able to go back and prove we were right when our opinion in the moment was not the consensus or the prevailing opinion. Now that Washington Redskins quarterback Kirk Cousins has been franchised for the second straight year, and now that he is set to be one of the most interesting and in-demand assets in the NFL, I wish I had been maintaining a blog in the spring of 2012, when the Redskins took two quarterbacks, so I could have written that Cousins was a real NFL QB, that having a guy like Cousins drafted alongside Robert Griffin III would not end well for Washington, and the overlooked Cousins would be itching to prove himself. Five years later, the Washington football team that had two rookie quarterbacks may very well lose them both, with nothing but a couple of one-and-done playoff appearances to show for it.

Last offseason, the Redskins placed the franchise tag on Kirk Cousins, rather than signing him to a contract extension, after a 2015 season in which he won the starting job away from Griffin for good and led Washington to an NFC East division title. The Skins cut RGIII (who signed with the Cleveland Browns and subsequently got injured in the first game of the regular season), but were not ready to commit to Cousins long-term. That line of thinking is entirely defensible on its own. Cousins had one good season as a starter under his belt, and it would be reasonable for a team to want to see more before committing top dollar and many years to a relatively unproven player, but then Cousins had another good season in 2016. Sure, the Redskins struggled down the stretch and missed the playoffs, but they had also not put in place a backup plan.

The only quarterback to play on the franchise tag twice was Drew Brees with the San Diego Chargers, who eventually walked in free agency and signed with the New Orleans Saints, where he has been such a great face of the franchise that I often forget he was in San Diego and get caught off guard when scrolling through Google Images for pictures for articles I am writing. The difference between what the Chargers were doing a decade ago with Brees and what the Redskins are doing now with Cousins is that San Diego drafted Philip Rivers during that time (well, actually they drafted Eli Manning, but traded him for Rivers when the Mannings made it clear Eli did not want to be in San Diego), and gave Rivers a couple years in the system to develop before Brees left to go get paid by the Saints. I thought back in 2012 that Cousins, like Brees, would leave Washington to go get paid by another franchise, and eventually be synonymous with that second franchise the way Brees is with New Orleans, but I thought that would be because of the flashes he showed backing up RGIII, not because he proved himself as the starter in Washington like he ended up doing.

Rather than sign him to an extension, the Redskins placed a second franchise tag on Cousins. If they do not sign him to an extension, Cousins will most certainly leave Washington. Why would he stay with an organization that has been so hesitant to believe in him? That has forced him to bet on himself season after season? Cousins has been well compensated by the Redskins, thanks to the franchise tag, yet they are still finding ways to alienate their franchise QB. Why would he stay in Washington when there are two NFL franchises now coached by former offensive coordinators of his (Kyle Shanahan in San Francisco, and Sean McVay in Los Angeles), who would take him over their current quarterback situations, even if it means waiting another year. 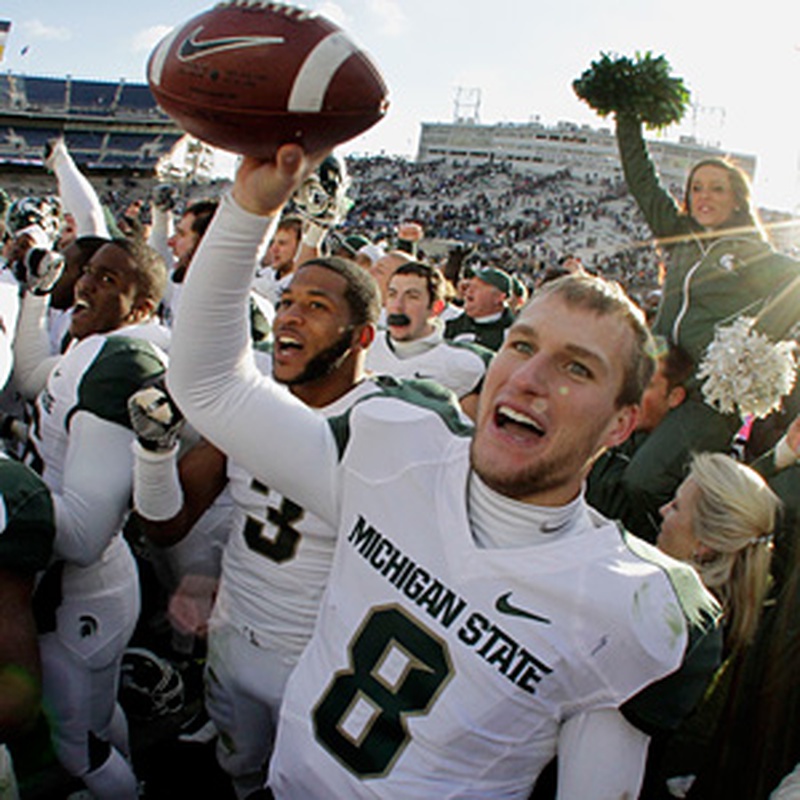 The Rams and 49ers should not be the only teams interested in Cousins’ services. He has a lot going for him, even compared to the other highly regarded NFL quarterbacks being talked about as trade chips right now. Cousins is eight years younger, and far less injury-prone, than Dallas Cowboys quarterback Tony Romo, and has a far greater sample size for teams to look at than New England Patriots backup QB Jimmy Garoppolo (who started five quarters during Tom Brady’s suspension before getting hurt), but no matter what happens, I cannot shake the feeling that the Redskins will mess this up. That’s what they are known for in the Dan Snyder Era.

Since Snyder bought the team in 1999, the Redskins have had a high amount of turnover at the head coach and quarterback positions, not as high as the Cleveland Browns, but certainly not a model for consistency and continuity in professional sports, either. Head coach Jay Gruden is going into his fourth year of a five year contract the same year that Kirk Cousins is poised to play on a second straight franchise season. Why would Cousins want to sign an extension with a team that might be on the verge of turning over its coaching staff yet again? By Snyder’s own reputation, they are due.

When they quarterback draft class of 2012 was in college, Cousins was the one I saw the most on TV. I knew about Andrew Luck at Stanford and Robert Griffin III at Baylor, as they were the Heisman favorites all season, but for whatever reason, Cousins’ Michigan State team was on TV all the time in Massachusetts, it seemed, and I was in the habit of watching a lot more college football than I have in the years since (spoiler alert: I was in college, living in the dorms), so I was impressed with Cousins’ play at the time, and was particularly baffled when Washington decided to trade up in the draft to #2 overall to take Griffin, and then also take Cousins in the 4th round. How could that possibly end well?

While I prided myself on picking up on Cousins getting overlooked, and that driving him to improve the way he did, I was, of course, also guilty of overlooking Wisconsin’s Russell Wilson, who was taken by the Seattle Seahawks the round before Cousins, and who has played in two Super Bowls and has had the best career of the four quarterbacks to this point. As disappointed as I am in not having proof that I was bullish on Cousins in 2012, I am also thankful I don’t have written proof like that about how wrong I was about Russell Wilson. I guess it was all for the best I took those two years off and I am here now to write about it.