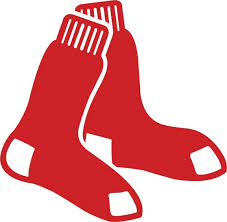 While I liked him a lot as a player, the thing I’m going to miss most about the Jarrod Saltalamacchia Era in Boston is all the records involving the length of his name. My favorite was when Salty and Detroit Tigers relief pitcher Al Alburquerque combined for the most letters in a pitcher/batter matchup. Here’s one more: I can confidently say, without consulting Elias Sports Bureau, that the Red Sox going from Saltalamacchia in 2013 to A.J. Pierzynski in 2014 combines for the most letters in the names of starting catchers in consecutive years. I guess nothing lasts forever, even if you win the World Series. Thanks for 2013, Salty! I’ve never seen a more exciting baseball season from start to finish in all my years following the Red Sox, and you were a big part of it.

In all seriousness, the news that the Sox agreed on a one year deal with Pierzynski (who will turn 37 at the end of this month) and letting Salty walk is a sign that they’re looking for a short term solution behind the plate while the kids in the farm system mature. Salty got a reasonable three year deal from the Miami Marlins, but the Sox were looking to go in a different direction. Salty had some big hits during his tenure with the Red Sox, and was one of the four players to attend Johnny Pensky’s funeral in 2012, but he was an average defensive catcher at best, and it’s safe to say he hasn’t become the heir to Jason Varitek’s role with the Sox that Theo Epstein thought he was acquiring when he traded for him. Salty was the starting catcher throughout the season, but his poor defensive play in the World Series forced John Farrell to start backup catcher David Ross for the final three (and most important) games of the season as the Red Sox went on to clinch their third World Series Championship in nine years. Pierzynski and Ross are both in their mid-thirties, but are both good enough to keep the Sox competitive in 2014.

A. J. isn’t perfect, however. He has a reputation around baseball as one of the most hated players in the game among players. Part of that is his competitive nature. Plenty of high strung competitors have rubbed opponents and their own teammates the wrong way, but have still thrived in Boston. Curt Schilling is one. Kevin Youkilis is another. Jonny Gomes is a third. All of those guys have contributed to World Series winning teams. Pierzynski was an important part of the 2005 Chicago White Sox team that won that city’s first World Series since 1917 (which is extra astonishing because Chicago has two baseball teams). He’s a two time All-Star who caught Mark Buehrle’s no-hitter in 2007 and Phillip Humber’s perfect game in 2012, and is still an above average hitting catcher. A short term solution at catcher might be the right thing to do at this point. Catcher is one of the few positions where defense so important that anything they give you with a bat in their hands is a bonus. Unless you have Yadier Molina or Buster Posey on your team, you’re not going to get a legitimate middle of the order bat from the catcher position.

The Sox still have other moves to make, but the breakup with Salty is one less unknown for the rest of the winter.