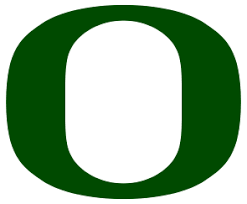 It doesn’t seem that long ago that Chip Kelly had his first game as a head football coach at any level. I remember watching it on ESPN in my college dorm room. After biding his time for nearly two decades as an assistant at Columbia, Johns Hopkins, his alma mater the University of New Hampshire, and the University of Oregon, developing an innovative and exciting offensive philosophy along the way, the Dover, New Hampshire native was finally getting his chance to be the man in charge of a football program. The highly anticipated 2009 season opener between Kelly’s University of Oregon squad and Boise State was a hard fought game where emotions ran high. Oregon running back LeGarrette Blount was let his emotions get the best of him that night, throwing a punch in a scrum after the whistle. The altercation got Blount suspended for the next ten games, and effectively killed his NFL draft stock. I’m sure that’s not how Chip Kelly envisioned his first game.

Kelly led the Oregon Ducks to a Pac-10 conference championship and a trip to the Rose Bowl against Ohio State that season. The following year, the Ducks played Auburn in the BCS National Championship game. By 2013, Kelly was one of the most desired candidates for NFL coaching vacancies, and he got his chance with the Philadelphia Eagles. This week, Kelly coached his first NFL game, the preseason opener against the New England Patriots in front of the Philly home crowd. On the opposing sideline was … you guessed it … LeGarrette Blount.

LeGarrette Blount will always be associated with the sucker punch in Boise regardless of what he does in the NFL. Despite getting reinstated by Kelly in time to play in the Rose Bowl, Blount’s reputation had been tarnished enough to make NFL teams reluctant to risk big money on him. After going undrafted in April of 2010, Blount agreed in principle to sign with the San Francisco 49ers, only to turn his back and sign with the Tennessee Titans. Blount got into another fistfight in Titans training camp, but that kind of thing happens all the time in NFL training camps. Titans head coach Jeff Fisher liked Blount enough to keep him on the practice squad, but before Blount could clear waivers, he was picked up by the Tampa Bay Buccaneers. With the Bucs, Blount carved out a niche as a power runner on a struggling offense. During the 2013 NFL draft, Blount was traded to New England for former Florida Gators running back and Olympic Silver Medal winning sprinter Jeff Demps and a 7th round draft pick. Blount will be competing with Stevan Ridley, Shane Vereen, and Brandon Bolden for carries out of the Patriots backfield this season.

It’s interesting how two football careers are connected like that. The NFL preseason does not mean much for most casual football fans since the outcomes of the games are poor indicators of regular season results, but this is where someone like Blount needs to prove that he belongs on the Patriots roster and Chip Kelly gets his first experience building a game plan against an NFL proven tactician like Bill Belichick while also making evaluations of the Eagles roster to determine who makes the cut. Regular season football can’t come soon enough for some of us, but it’s interesting to see the process teams use to get there in July and August.