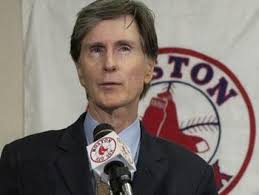 With Peter Gammons reporting that John Henry will buy The Boston Globe, the landscape of Boston media is changing drastically. The most prestigious newspaper in New England will now be owned by the same guy who owns one of the most written about institutions in the region: the Boston Red Sox. How can this possibly be good news?

The newspaper industry is not what it used to be. When the New York Times Company purchased The Globe twenty years ago, it cost them over a billion dollars. Today, the asking price is 100 million… which is less than Henry will be paying second baseman Dustin Pedroia over the next eight years. The Red Sox (along with the Bruins) already own NESN, and it’s not easy finding negative viewpoints about the team on the sports talk radio station WEEI, so the purchase of The Globe likely means one less news outlet where fans can find objective reporting about the hometown ball club. There is still the Boston Herald and 98.5 The Sports Hub, but The Globe and Boston.com are too important to the city to fall into this trap.

I find it concerning that Patriots owner Robert Kraft and Bruins owner Jeremy Jacobs were also linked to buying the paper. John Henry may be the one to do it, but the thought crossed the other owners’ minds as well.

Even if Henry doesn’t have an active role in the paper’s agenda, it will be hard to shake the perception that Henry’s Globe is a public relations publication for the Red Sox. The New York Times Company used to own a minority stake in the Red Sox, and I couldn’t help but call that business partnership into question (in an article I wrote for The Point at Fitchburg State University) with the way The Globe smeared Terry Francona on his way out the door. This new dynamic where any reporter or columnist thinking about criticizing the team would be criticizing their own boss in print is even worse for the integrity of the paper.

How long will someone like Dan Shaughnessy last in this new regime? Shaughnessy has made a career out of taking what the Boston teams tell us with a grain of salt. As fans, we may not always agree with what they say or write, but Boston is a better sports town because media members like Shaughnessy, Ron Borges, and Mike Felger who are willing to be skeptical and ask the tough questions. There are a lot of talented sports writers at The Globe right now, but their journalistic integrity could be compromised by this.

Will the Red Sox get a higher priority in April than the Bruins and Celtics in the playoffs that same month? Will the Patriots make the back page before the World Series ends? There are too many questions like this that need to be asked, and the answers do not seem promising.

Ultimately, time will tell what will happen with John Henry, and The Boston Globe, but things do not look good right now. As bad as this may be for sports fans in Boston, at least he’s not buying up the media to sway an election or something, so it could be worse, right?