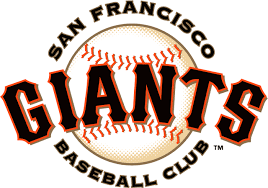 Last night San Francisco Giants pitcher Tim “The Freak” Lincecum threw the first no hitter of his already impressive career against the lowly San Diego Padres. Lincecum is a two time National League Cy Young Award winner as well as a two time World Series Champion who has spent his entire big league career in San Fran. Although he has not been the same dominant force that he was earlier in his career, this no-no is a strong statement that he’s not done yet and can still fire bullets.

The easy comparison to Lincecum in baseball history is Pedro Martinez. Pedro and Timmy were both little skinny guys who could really throw heat. Both of them made baseball more exciting every time they took the mound. Pedro, was for a five or six year period, the most dominant pitcher in baseball. What was perhaps most impressive about him was that the little guy did his best work in the height of the Steroid Era where the home run balls were flying like a flock of pigeons getting chased by a dog or a small child. Pedro couldn’t pitch at that level forever as his electric delivery really did a number on his throwing shoulder. Since winning the Cy Young Award as the league’s best pitcher in 2008 and 2009, and winning the World Series in 2010, I figured it would only be a matter of time before The Freak’s body started to break down. In 2012, when the Giants won their second World Series since moving to San Francisco, Lincecum had struggled as a starter in the regular season and was limited to pitching out of the bullpen during the playoffs. While he helped bolster the Giants as a whole, and made their relief squad the best bullpen in all of baseball, it sent up a red flag to any team who might be interested in signing him as a free agent in 2013.

In the no-hitter, Lincecum threw a career high 148 pitches and struck out nine batters. His 5-9 record and 4.26 earned run average have been less than stellar this season, but he is also sixth in the National League in strikeouts, so his record could be attributed to the Giants’ poor performance as a whole during the first half of the season. This could be the game that revitalizes Lincecum’s career, as well as the Giants’ season.

The defending champs are currently seven games below .500, but have won three straight. There is still a lot of baseball to be played, and the combination of the winning streak, the no hitter and the upcoming All Star break, where Bruce Bochy will be managing the National League squad, this could be the spark that the Giants need to go on a run. Baseball is a marathon and not a sprint, and these Giants have certainly been there before. There are more holdovers from last year’s Wold Series team than any defending champions in since free agency began in Major League Baseball. It’s still way to early to count Frisco’s comeback kids out just yet.