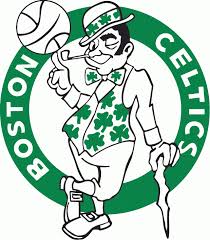 The Celtics are likely going to be bad this upcoming season, but there’s plenty to be excited about. With Paul Pierce, Kevin Garnett, Ray Allen, and Doc Rivers all not walking through that door, it’s a new era in Celtics basketball. Although things didn’t turn out so hot for Mr. Pitino when he told it like it is regarding the Original Big Three, there is hope for the latest college coach the Celtics have hired.

Brad Stevens has six years of head coaching experience at any level. During that time, he took the Butler men’s basketball program to the NCAA National Championship game twice, losing to schools with much greater recruiting power in Duke and UConn. People in college hoops circles thought he’d eventually leave for a prestigious program like Duke or Indiana, but the most prestigious NBA coaching job was made available to him before that. At 36, he’s younger than Kevin Garnett, and he has never dealt with egos as big as the ones in an NBA locker room (To be fair, neither have most NHL coaches. NBA players on average are some of the most spoiled athletes you’ll find anywhere.), but his track record of success has shown that no moment is too big for him so far. The Celtics have been at their best when innovating. They were the first NBA team to sign black players, pioneers of the fast break, and of team defense. There will be growing pains, but Danny Ainge may have hired the next great Celtics head coach this week.

In a lot of ways, Stevens reminds me of Chip Kelly. The former Oregon Ducks football coach was hired by the Philadelphia Eagles last winter without any experience playing or coaching in the NFL. The New Hampshire native developed an exciting and creative brand of football as the offensive coordinator at his alma mater UNH which caught the eye of the University of Oregon. After two years as Oregon’s OC, he was promoted to head coach and took the Ducks to a BCS game four times in four years. His fast paced no-huddle offense was adopted by Bill Belichick and the New England Patriots, and not the Eagles are looking to turn his collegiate winning ways into NFL wins. It’s a risky hire for sure. Not a lot of college coaches land on their feet when jumping to the NFL, but after the success Jim Harbaugh experienced with the 49ers, it was a risk Philly was willing to take. As a fan of Chip Kelly and the Oregon Ducks, I am really excited to see what he does in the pros this year, and I’m also more excited about this Celtics season than the last couple for the same reason.

The Celtics will likely be tanking this season to get a high draft pick next year, but that doesn’t mean they cant develop the young players on their roster in the meantime. Who could be better than a college coach to make these kids better while there isn’t any pressure to win now? Doc Rivers struggled in making guys like Jared Sullinger and Fab Melo much better, but he was also focused on winning as much as he could while he still had his aging stars on the roster. The Celtics gave Stevens a six year contract, which means they are serious about having him rebuild the Celtics. This means veteran players like Rajon Rondo need to either fall in line and behave or expect to get traded.

It’s not going to be the best season in Celtics history, but it could be the start of the next great Celtics team.